Our Restaurant Is A Collective Of Amazing People Striving To Build Delightful Indian Cuisine.

If you are fond of Indian food and often visit Indian restaurants then you must be aware of the word thali. Thali can be both a set thali and a buffet like system where in the guest can present anything in his set meal from a wide variety of selection. We at Gujjus, treat our customers with a traditional Gujarati thali Malvern East where we make sure that it consists of each and every aspect of the Gujarati cuisine. We majorly focus on traditional Gujarati Cuisine which consists of various starters, appetizers, main course, condiments, and desserts and drinks both hot as well as cold drinks. We make sure that all our preparation is 100% vegetarian and retain the authentic flavors of Indian cuisine, along with keeping in mind the tastes of the west. Come and explore the variety of bread such as Rotla, Bhakri, Thepla served along with curries. 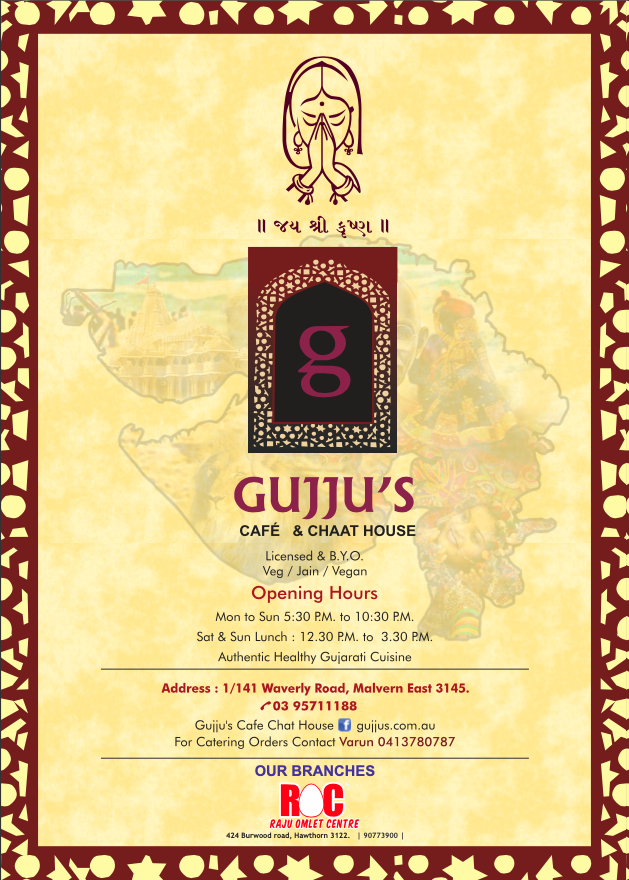 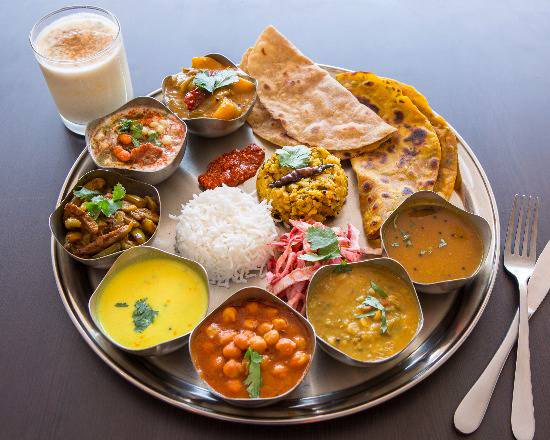 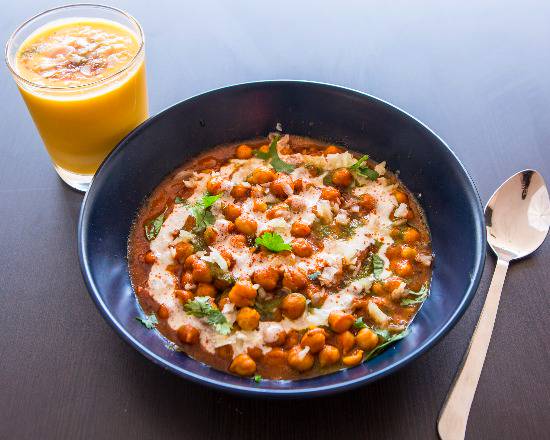 A traditional Gujarati thali Malvern East consist of Undhiyu which is a traditional special Gujarati vegetarian consisting of a mix of various seasonal vegetables, Dal which is lentil, kadi is a special kind of savory dish prepared with gram flour and sour curd with a mix of seasonal vegetables, Rice, kathol, roti served hot with desi ghee, Thepla, which is very specific to the state of Gujrat, is cooked in every household in Gujrat , especially for snacking, farsan, is a Gujarati snack also known as a savory dish eaten alongside of chappati, Salad, pickle and buttermilk. Along with this, there is a dessert which varies each day.

The thali is very reasonably priced and is more than enough to fill your tummy and keep you happy the whole day. The specialty of a Gujarati thali is that it not only keeps in mind the taste but also health. We recommend our customers to try our Gujarati thali if they really want to experience the real taste of Gujrat. It’s the right blend of both sweet and spicy food. The buttermilk served in the end does not only have refreshing qualities but also helps with digestion. It consists of original flavors from the East and is served in tall copper glasses which would take you back the memory lane.

Our Gujarati Thali is a hit among our customers and people from faraway places specially visit Gujjus to experience the Gujarati thali Malvern East.

The Kathyawadi Thali served at Gujjus consists of the variety of Indian breads such as Thepla, Roti and Rotla, if you are trying a Kathyawadi Thali for the first time then you would be amazed by the variety of breads which are eaten in Gujrat which is eaten with a Sweet and Tangy Daal which is a rich source of proteins and surti undhiyu which is a typical example if vitamins as it a combination of various seasonal vegetable. Gujarati like to introduce an element of savory which is known as the Kathod, it may comprise of Sev, Dhokla, Khakra etc. What makes a Kthyawadi Thali differ from a Gujrati thali is the Katyawadi vegetable which is prepared in a specific way. Our chefs are well trained and experienced in preparing the most authentic Kathyawadi vegetable. Other than all this sweet and sour Kadi is served which is made by combing gram flour and sour milk. Various condiments such as pickle, salad and poppadumare served along with the thali. Various other things which add that special charm to this thali such as Khichri served with a dollop of ghee will leave you drooling for more.

Beverage which is served along with the Kathyawadi Thali in Malvern East needs a special mention, Chash it is which is known as buttermilk adds that special appeal to the entire Kathyawadi experience. Kathyawadis like to combine ghee and jaggery in their food which not only enhances the taste but also the nutritional value.Last but not the least we like to end it at a very sweet note with a special dessert of the day which is made especially with jiggery and dry fruits.

The best part about this platter is that it comes with a variety of breads such as Rotla, Roti, Bhakri, Thepla which can be eaten with 2 special Gujju veg prepared by our chefs who have all the knowledge about flavors and taste of Gujrati cuisine. Other than veg the platter consists of Undhiyu and Kathol which is a rich source of proteins and vitamins. A special kind of mix of Dal and Rice which is known as Khichdi is served which tastes even better with salad and a dollop of ghee. This eminent thali comes with two types of Salad and Masala Papad, which adds that much needed crunch to the entire platter.

If you like to snack in between you meals then what better than 2 types of Farsan this can be Sev, Khakra or even Dhokla. The world famous Khadi also makes its place in this Rajwadi Thali Malvern East. The Rajwadi Khadi is known for its sweet and tangy flavor which has loads of digestive benefits. Our customers have a choice of sweet Lassi or Buttermilk which is also a part of the thali. Other than these beverages, the Rajwadi Thali Malvern East also provides you with soft drinks such as Jal Jeera or Soft drinks. Last but the most tempting part of any meal is the dessert. This authentic thali comes with 2 desserts which are made from jaggery, milk and dry fruits. Condiments such as pickle, salad and poppadum are served alongside.

So what are you waiting for, head to Gujjus and satisfy you’re craving for some mouthwatering Rajwadi food.